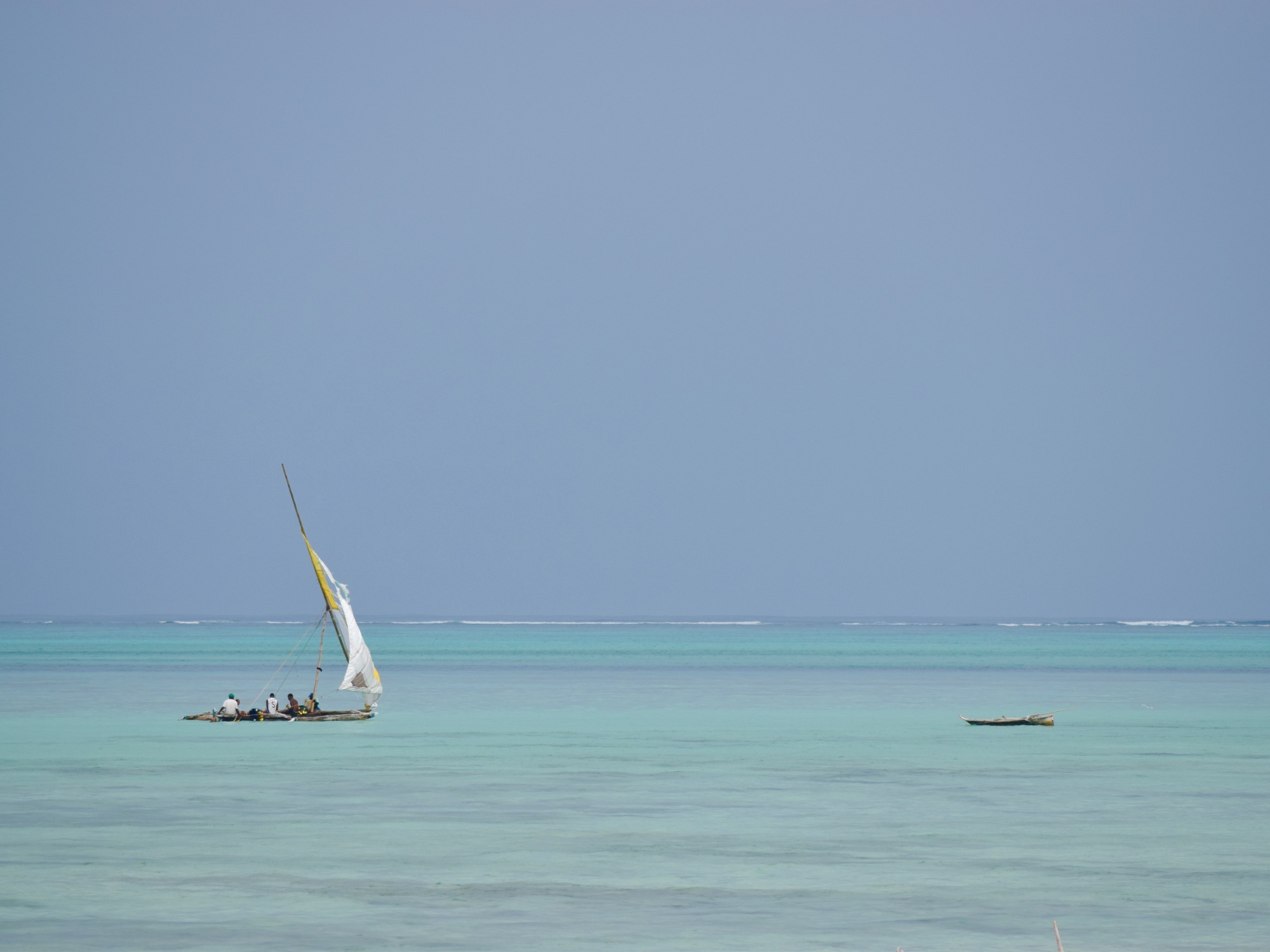 Nutshell:
This is a dream come true folks! At last I am not only in Africa but have come to the spice island of Zanzibar, a long time dream destination. It is truly a paradise as you will see from the photos. Turquoise waters and white sand beaches of crushed shells, sweet and kind people, seaweed farming women, outrigger boats, palm lined beaches. $20/night right on the beach with Maasai warriors as security guards. One can not feel much more relaxed or more safe.

Details:
I traveled with two gals from Czech Republic who I met at the farm. I learned they were on their way to Zanzibar and I asked if I could accompany them, and they were agreeable. I found an inexpensive flight that night and we all headed to the airport the next day.  We found a taxi driver to get us to the east side of the island where the girls already had a room booked at Uhuru Beach bungalows in the town of Jambiani. Just over and hour drive and $15 each later, we arrived at the most peaceful and relaxed, GORGEOUS beach setting. We felt like we were in a dream or standing in a postcard image.  They had vacancy so I booked my room and moved in, mesmerized by the simplicity, colors of the water and people.

The mornings are met with extreme low tides, white sand flats exposed where you can see the small plots of seaweed farms. The women gather a type of seaweed, tie it to strings and propagate it for eventual harvest, selling to Japan for use in toothpaste and other products. 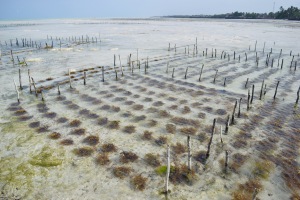 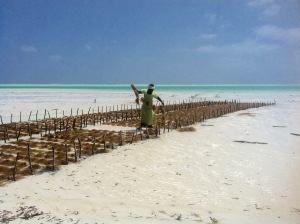 The Maasai warriors, as mentioned, are the security guards. 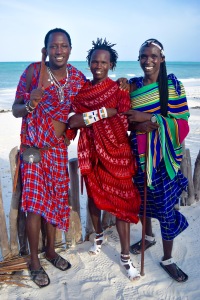 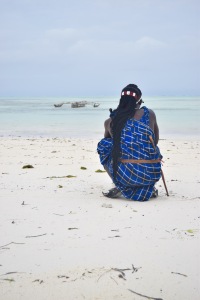 I’ve gotten to know one in particular, Lazaro, a 30 year old warrior who travels quite a bit to other African countries to cook “medicine” for others who want it, which I gathered from his small amount of English as meat. Meat is the staple diet for the Warriors. Goat and cow, cow blood and milk. They spend weeks at a time in the bush, 6 or more men gathered together, only eating meat. In order to become a warrior, they must kill a lion with a spear or knife. Lazaro told me his story which was fascinating. He tried at 17 and 18 and was finally successful at 19. He confronted a male lion who was threatening his cows. The lion pushed him down, his huge paw on his chest and a swipe to his shin. He showed me the huge scar where the bones had been exposed and the wound took six months to heal. No stitches, only Maasai herbal medicine. The lion was on top of him, he took him by the throat and stabbed him with his foot long knife that he carries on his hip at all times, cut his throat and killed him, the lion’s blood covering his face. No one else was with him and he slept in the bush that night. Others came the next day to find him and brought him home to recover. The real deal warrior. He has since killed 3 more lions.

He asked me if I come back if I would be his girlfriend. I said, “But you want to have babies someday don’t you?” “Yes but I don’t have enough cows to get a wife. I need 20 for the bride’s family and 20 for myself. I only have 8 now because two died. It would take me along time to buy enough cows.” At 31, his warrior life will end. He has no future plans for life after 30 except to keep his cows and continue traveling. He walks 300 kilometers in one trip. 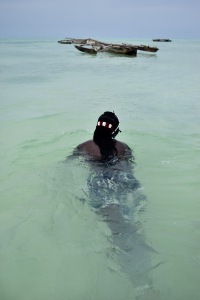 He was willing and I before I knew it I had a student.  It was a calm, warm Indian Ocean that day and he absolutely loved it and wouldn’t get out of the water once he got used to it, even diving below the water and trying some strokes. Very cool to turn this guy onto the joys of swimming! Today he and two other warriors joined me and we played in the choppy seas.

The Warriors put on a dance for us one night with wildly high jumps, gutteral grunts and hums to call in the lions and fast shoulder shimmies.  Impressive. 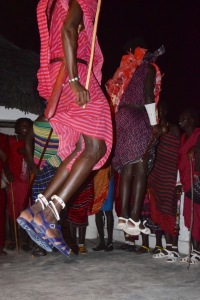 I’ve met so many amazing people here at Uhuru from all corners of the world. I felt like I was at camp for a few days.  Good friends were made, contacts exchanged.  Even with the Warriors, as they all have cell phones of course and love to communicate with others. 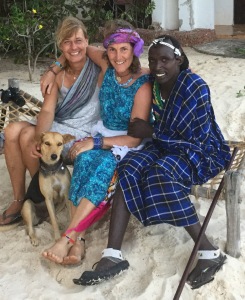 I need to leave this paradise tomorrow. I could stay for much longer, but need to get back to Arusha to begin my ultimate dream…..my African safari trip to the Serengeti and Ngorogoro Crater.  Then onto to Kenya.

3 thoughts on “ZANZIBAR, THE SPICE ISLAND”