NUTSHELL:
Before heading off to my volunteer project in Kenya I decided to do my safari trip before leaving, as the great migration was taking place in the Serengeti, and a safari has been a top reason all my life to come to Africa.
My four day safari was one of the most amazing times of my life, and one that I had been waiting for, for most of my life. It held up to all of my expectations, as we saw THE BIG FIVE (Rhino, Cape Buffalo, Leopard, Lion, Elephant) and then some. The wildebeest migration was on and although we didn’t see the huge numbers that will eventually congregate and travel across the river into Kenya, we did see many smaller herds gathered with zebra, for their eventual journey. The two species have learned to travel together because while the zebra has an acute sense of danger, the wildebeest has a heightened awareness of where to find water.

We had a nice group of five people on the safari. Three Americans, two from Holland and the driver and cook. Our guide was super knowledgeable and the cook always made sure we had plenty to eat. We spent two days doing game drives in the south and central Serengeti, one night camping on the rim of the Ngorogoro Crater and a four hour game drive down in the crater. Unfortunately, I had gotten the African version of Montezuma’s revenge on our second to last day so I was pretty out of it on the crater drive. Luckily by then I had gotten most of the photographs I wanted so was able to just sit and watch the scenery from the front seat.

DETAILS:
I had opted for the basic camping safari as it was the only one within my budget. I’m glad I had chosen this option because otherwise I wouldn’t have had the interesting night time experiences I had….like hearing hyenas howling in our camp most nights, sometimes what seemed like right next to our tent! A long ascending
“whoooooo?” The second night our cook who had been doing some reading in the Land Cruiser late at night, saw two lions come through the camp stalking Cape Buffalo! A friend who did safari before me said she had gone to the washroom at night and a gal was there pretty freaked out because two lions had just walked right past her! The guides seem unconcerned, as we are not their normal prey so this helped me relax. But still, I tried to imagine what it would’ve been like to have such an encounter!

My last night camping was really interesting. We were camped at the rim of Ngorogoro Crater with many other campers and when I came back from brushing my teeth at the washroom a Tanzanian man warned me not to go there yet as there were Cape Buffalo in our camping area! I had to wait a half an hour before getting to my tent. I enrolled the help of two Tanzanians to help me sneak over to my tent and make sure I got home safe. For hours they could be heard munching grass loudly outside the walls of my nylon tent! Known to normally be the most dangerous of the African animals, this herd is used to people so they don’t charge like normal Cape Buffalo do when approached, thank God! I slept pretty well that night thanks to earplugs. Another friend didn’t get much sleep because of the loud munching!

My ultimate safari goal was to hear a lion roaring in the night and I did in fact get to hear the low guttural calls a few times! Not the full on roar but the territorial grunt they make to let others know their presence. COOL!

The giraffe were fascinating to watch and it was cool to remember from my comparative anatomy days that, like all mammals, they too, have only 7 cervical vertebrae. It was fascinating to watch them move so gracefully with their unusual gait and flexible necks. They are the only animal in the world that, at a walk, uses both legs on one side of the body and then the other to move forward.

Seeing all of these animals in their natural habitat was exciting, seeing how they live in a family in cooperation with the rest of their neighbors. It gave me a new perspective of the natural world to see so many animals at once living together. As a North American, it’s mind boggling to see so many species in one space together. Survival of the fittest is what it’s all about out here and the witnessing of the prey animals continually on high alert really made that concept real for me.

It’s such a satisfying feeling to finally have done the biggest dream of my life. 🙂
After resting one day at the farm I was off to Kenya, for the other reason I came to Africa, to live with my friend Jonathan Simel and family, who runs the safe house for the girls being rescued from female circumcision where I will work as a volunteer. 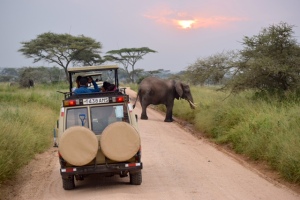 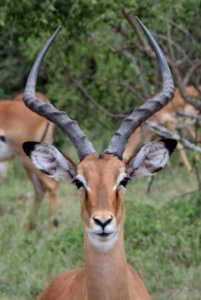 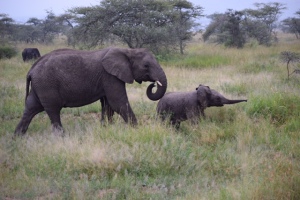 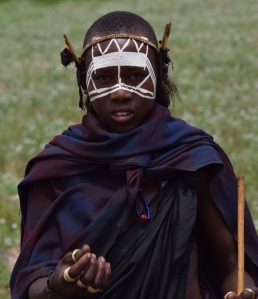 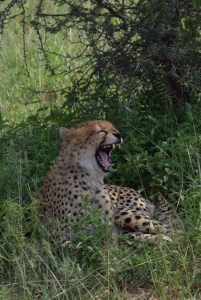 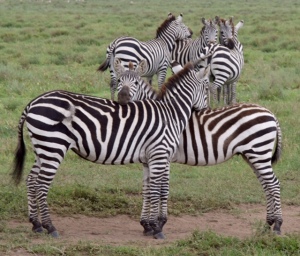 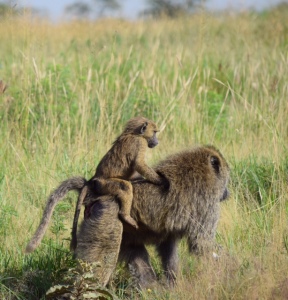 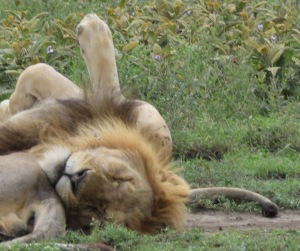